Let me start off by telling you a little bit about myself. I am the son of a basketball coach, so I literally grew up in the gym. Competing from a very young age, my brother and I have racked up some pretty awesome accolades and accomplishments along the way. Graduating from Bruton High School (Williamsburg, VA), we helped to bring the school it’s first State Championship in basketball in 2000. My brother went on to lead the Virginia Tech Hokies as a four year starter at quarterback from 2001-2005. He was the 2004 ACC Player of the Year and an inductee in the Virginia Tech Sports Hall of Fame.  I opted to play Division III basketball for perennial powerhouse, Hampden-Sydney College. 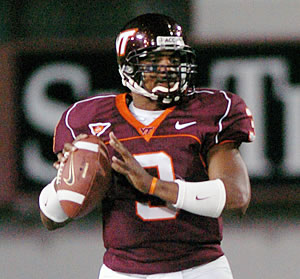 As a four-year letterman at Hampden-Sydney, I relish the memories I have of competing with my teammates. I was blessed to be a part of one of the winningest classes in school history. Over my four year career we won 102 games and 3 conference championships. We appeared in the NCAA D3 tournament all four years, culminating with a D3 Final Four trip my junior year. I was an all-conference performer, a state finalist for a Rhodes scholarship, and an Academic All-American. I also was honored to graduate as the Valedictorian of my graduating class with a degree in Physics. In October 2016, I was also inducted into the Hampden-Sydney Athletic Hall of Fame. To sum it up, I had a blessed collegiate career.

With my wife and kids at my Hall of Fame Induction

What I’ve found is winning never gets old. And while I may not be able to do what I used to on the court, I now realize that the mentality developed and life lessons learned in the process are extremely valuable…if applied. I have experienced a great deal of success in business since hanging up my sneakers, and I want to help others do the same earlier and faster than I did! That’s what winning means to me now: helping others set and accomplish their goals and dreams!

That is why my partners and I decided to start a mentorship program called Project WIN. (Work, Impact, Nourish). Our goal is to give everyone a chance to play in the lucrative game of entrepreneurship. I have learned that business ownership is a critical key that unlocks many doors. We will help you start a simple, low-cost, low risk, REAL business, to allow you to get hands-on experience with expert coaching (we have assembled an all-star coaching staff of current and former executives and top performing professionals from various fields). Our goal is to help you make REAL money in the process.

Creating an income stream while in school, shortly after graduation, or on top of your current wages or salary could prove to be extremely helpful given current conditions. Student loan debt is at record levels. Good jobs are becoming increasingly harder to find. Retirement age is extending out into age 70 and beyond. And many find themselves doing jobs that leave them frustrated, tired, and unfulfilled. Project WIN presents a great opportunity to help our participants take more control over their present and future. Since the project’s inception in 2007, our team has helped hundreds of people create annual income streams in excess of $50,000. And many have earned much more than that!

Giving the Valedictorian Address at my college graduation.

Maybe YOU could be the next success story! But be warned that if you don’t have a burning desire for success, you’re probably not a fit. If you are unwilling to give the extra effort it takes to be great, you’re not what we’re looking for. And if you don’t feel a desire to get better everyday, we don’t have time to waste on you. We’re looking for some ambitious people who sincerely want to win in life! We have a limited number of spots left for 2018, so don’t drag your feet! Fill out the form below, and we’ll provide you with more information about exactly how you can qualify for the program.